Investing in Your Future

Retirement planning is one of the critical life skills that we, as a country, tend to short-change workers when they’re in their most productive years.

While there’s a lot of discussion in some media circles about the need for it, the reality is that we try to teach people to hand that off to trained professionals, without giving them the basics.

The Miracle of Compound Interest

Albert Einstein once called compound interest the most powerful force in the universe. As of mid-2014, interest rates are still very low, but relying on interest rates is one of the keys to sound financial planning. The basic rule of thumb is called the Rule of 72: divide 72 by the number of percentage points of your interest rate, and you’ll get the “doubling interval,” which is the amount of time that it takes to double your initial investment. Higher interest rates generally denote riskier investments, while low-risk investments tend to have lower interest rates. It is this interest rate doubling that makes long-term investment so powerful.

Investments always make a trade-off between rate of return and liquidity. A mutual fund account can be thought of as a special savings account that has a higher minimum balance (about $5000), that you can make deposits and immediate withdrawals from. It contrasts with certificates of deposit which offer higher rates of return, but can’t be gotten into early, and provides a backup to a more focused retirement investment tool, like a 401(k) or IRA, which can’t be touched without significant penalties.

When looking at your long term retirement planning, you’ll want to balance higher risk, inflation-adjusted investments, such as stock market investing via an index fund versus low-risk investments that are flexible and give you short term liquidity like mutual funds. Regardless, the important decisions are to get in the habit of saving. If you have unsecured, high interest rate debts, pay that down first, then take the money you were using to pay that debt off to start saving aggressively, to put that most powerful force in the universe at your disposal. 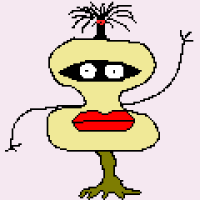